Pros And Cons Of Using a TV As a Computer Monitor 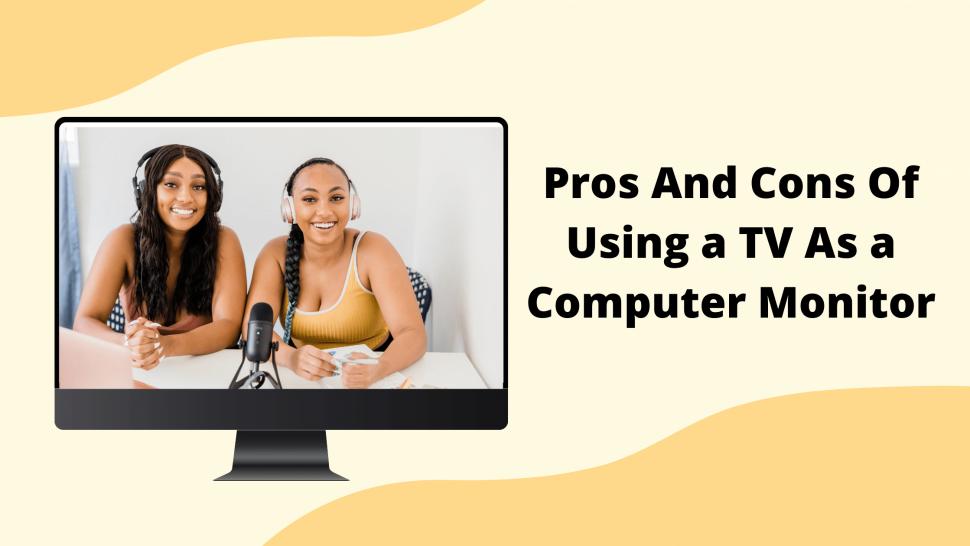 Using television as a computer monitor is a popular and common use of technology. Since the advent of the computer, the television has been one of the most popular ways of watching TV and playing video.

You may also like How to Identify OR Tell: Is my monitor 4k

You’ve got a great TV for watching movies and sports, so why not use it as a computer monitor? TVs have become much better at displaying text and images than they used to be, and they’re great for watching videos. You can even buy a TV with a built-in computer monitor, which is a great way to save space and money.

How to Use TV as a Computer Monitor?

TVs have come a long way in their development as a video entertainment platform. They are now used for a host of other uses, including computer monitors. While this might seem like a convenient option, it is important to consider the pros and cons of using a TV as a computer monitor.

You may also like Can My Computer or PC Run 4K

Here we will describe the benefits and drawbacks of using a television as a Computer Monitor: