How Many Amps Does a Projector Use 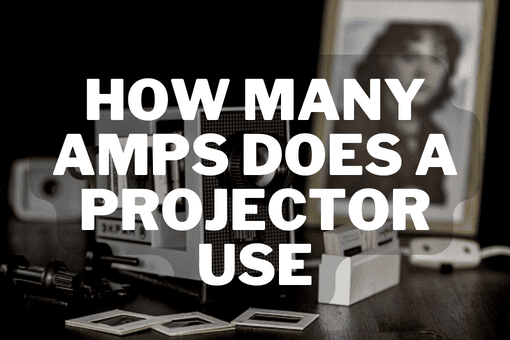 It quickly reaches 1.9 amps at 117 VAC after being turned on. After holding at this number for about a minute, it gradually decreases over the course of five minutes to 1.65 amps as the arc stabilises. On a bulb that has been in use for roughly 60 hours. It uses less than 0.1 amps upon turn-off before the fans stop.

The power consumption of projectors is known to vary greatly; it typically ranges from 50W for the smallest projectors to 150-800 watts for the significantly larger ones. One parameter that significantly affects how much electricity a projector uses is brightness because it is such a demanding feature. If you want to gauge how much power your projector uses, leave the brightness level at what you prefer. By doing so, your reading won’t vary as much as if you were fiddling with the setting all the time.

Recommended Article: How Much Power Does a Class D Amplifier Use?

How to Mount a Projector Without Drilling