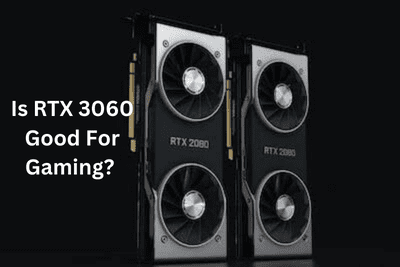 It’s hard to believe that the GTX 1060 is nearly five years old at this point. That’s how long it’s been since anything has even come close to the level of bang for the buck that this card represented. It beat out the contemporary Polaris-based RX 480 and AMD’s hey at least you tried RX 580 Refresh, then NVidia themselves tried to make the magic lightning strike again.

NVidia is explicitly targeting you, the nearly 10% of you out there who are using a 1060 and spoiler alert, this is it. This is going to be the GPU to finally topple it. At least that’s what someone would say, if the replacement were coming in at the same price point while the $329 US price tag does make sense next to the GTX 1060 6 GB Founders Edition at $299 at least after we adjusted for inflation there is no Founder’s Edition this time around just a reference design.

Also Check Out: Is GTX 1650 Good For Programming?

And this could be good news for you. Is that the RTX 2060 SUPER come so close?
So if you did shell out for the last generation, well you shouldn’t feel too compelled to upgrade here. Back to those who didn’t though, well this might finally be the card that makes RTX mainstream.

That’s good, but what’s more, impressive is that it drew less power than even the RTX 2060 SUPER which peaked at over 175 watts. While the older GTX 1060 certainly did manage lower power consumption on average though, it manages to spike to around the same maximum. So RTX 3060 is looking pretty darn good as far as thermals and power consumption. I mean overall there’s very little to complain about in terms of performance. It’s just that, and this is at risk of beating a dead horse here.

So if that’s true, today could be yet another payday for filthy scalpers. We can only hope then that supply is good enough that demand falls and those scalpers end up with a whole bunch of extra cards they have to liquidate into actual gamers as quickly as possible. So that’s it, go upgrade your GTX 1060 or your RX 580, guys, it is time

How Do I Improve Gaming On Keyboard?