Should I Unplug My Amp When Not in Use? 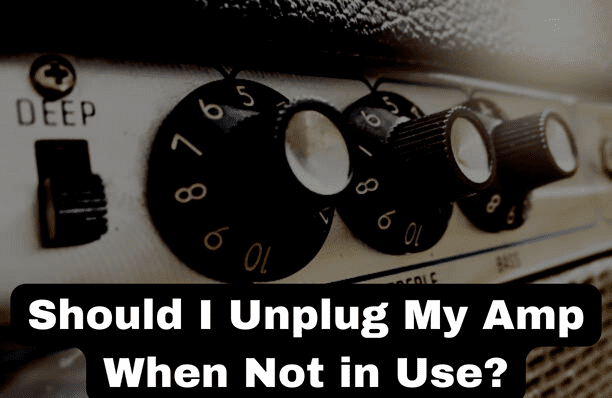 Woah, that was fast, I know. So yeah, you should because you are wasting energy and money and heating the planet. Perpetual “stand-by” mode is not a good thing! As we become more connected and more dependent on all the latest gadgets and appliances, we are inadvertently using electricity when we don’t need to. This includes computers that have a “sleep” mode, DVRs that sit idle waiting to record the next “Game of Thrones,” that silly clock on your microwave, your plugged-in, fully-charged laptop, and of course, the amplifier.

Also Check Out: What Should You Not Do With An Amplifier?

What does the research say about it?

Most of these appliances, draw power from the mains simply because they are plugged in and not because they are doing anything useful. In a study of Northern Californian households carried out by the Natural Resources Defense Council, researchers found that 23 percent of residential energy consumption was coming from idle devices. On average, in these homes, there were 65 such devices. Roughly a quarter of all energy use comes from appliances and devices that aren’t currently doing a thing. It may not sound like a lot, but the study crunched some numbers.

Assuming that the whole of the United States has a similar addiction to useless machines plugged into the wall, this nation, consumes an extra 64 billion kilowatt-hours of electricity per year — that is the equivalent power consumption of Alabama and Arizona for 12 months! If there were powerplants dedicated to keeping idle devices on standby mode, we’d need 50 large (500-megawatt) stations to make that happen.

There is a cost.

This excess energy use translates to approximately 19 billion dollars per year, which averages out to about 165 dollars per US household per year. But the cost isn’t just financial, it is environmental. Idle electronics account for 44 million metric tons of carbon dioxide emissions per year — that’s nearly 5 percent of carbon dioxide generated by the US residential sector per year.

Also Check Out: Can You Damage An Amp By Playing Too Loud?

Carbon dioxide is a powerful greenhouse gas, so it stands to reason that if households would just unplug their electronics while they are not being used, another source of the greenhouse gas can be limited.

So unplug your amplifiers and other devices!

Turn off your power bars!

And be aware of how much you need your computers. Odds are, you shut a lot of things down, save yourself some money, and help the planet. And if you’re super keen, why not get in on the ground floor and help develop the tech that will help save our environment? Tech innovations are constantly changing our lives. So electronics are a culprit, but what else in our houses is damaging the environment? So with some new knowledge, will you be changing your device habits?

Should Amp Wattage Be Higher Than Speaker?

How Much Power Does a Class D Amplifier Use?