Is a Projector a Good Replacement For a Monitor or TV? 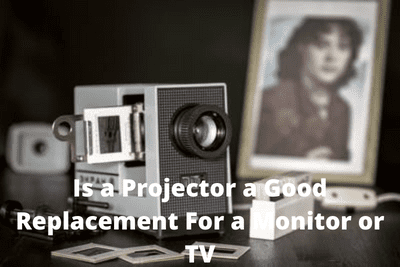 It is and it is not.

You see, I am a straightforward kind of person. So I had to say it right away but the answer is not that simple. You’ll need to be patient and read till the end to figure it out.

A projector is a ‘replacement’ that indicates that you are familiar with the details of a TV or monitor.

My job is to educate you on projectors as you being here suggest that you are thinking of buying one but aren’t sure if it’s worth the money. A projector is a good replacement for a monitor or TV under certain conditions; the same applies to a TV.

Is a Projector a Good Replacement For a Monitor or TV?

I think it’ll be better to explain in points as it’ll be easy and comfy on your eyes as well.

In short, your decision of buying a projector is determined by your personal space, budget, and preferences.

Can You Use any Projector for Golf Simulator