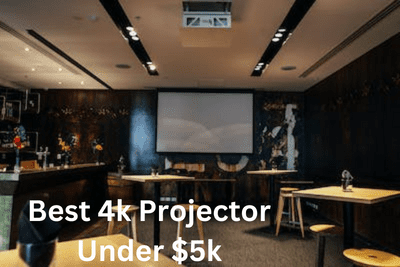 The best tv experience you can have in your home isn’t a tv. It’s a projector. Modern projectors are cheap, bright, and can fit just about anywhere. Here’s everything you need to know how to buy a projector .There’s a lot to cover with projectors, so I will try to simplify it as much as possible.

There are three main types of projectors for the home.

The smallest is portable projectors; these are typically battery-powered and not very bright. However, they’re small enough to fit in a backpack and designed to give you a big screen just about anywhere. If you want to have something to watch on a camping trip, say that’s bigger than a tablet, these are great.

The next size up technically isn’t much big, but they’re much brighter and designed to work in a living room or other mixed-use space. If you’re looking for something for the occasional movie night or want a massive image for tv movies and games, some companies call them home cinema projectors, and others call them home theater projectors.

At the high end are the big serious incredible-looking home theater projectors. These models are typically for a dedicated home theater room. Their luxurious prices justify the best picture quality you can get, plus they are typically quieter than their smaller, less expensive siblings.

Okay, so what do you need to spend to get a projector?

Portable models are typically under $500. The more you spend there, the lighter you get, and typically longer battery life. For home cinema models, the entry-level is about $500 projectors. In that range, they are very bright; overall image quality isn’t exemplary, between $500 and $1000. For around $750, you can get a Projector that’ll work great in just about every room.

Spending more will get you a 4k resolution.

But you don’t need to spend that much to get a great-looking projector. A handful of features are there to consider when shopping for any projector with portable models. Consider battery size; if you want to watch a movie and the battery only lasts an hour, that’s not great.

what streaming ecosystem a Projector has.

Only a few projectors under a thousand dollars have lens shift that enables you to move the image vertically and sometimes horizontally. It gives you a wider variety of places to mount or place; the projector zoom determines how far away from the screen you can be or how large an image can be from a specific distance. Most brands will have a calculator on their website to help you figure out if a projector you’re interested in will fit in your room.

Also Check Out: Is a Projector Better Than TV For The Eyes?

Next up, if you don’t plan on connecting the Projector to a soundbar or receiver and speakers, make sure the Projector has a USB connection that can power a streaming stick; this will minimize the complexity of your setup and let you run just one wire. That said, no projector has a great sound. You should always invest in better audio for any projector.

Then there’s hdr or high dynamic range; this is one of the key buzzwords in the tv world, and it’s oo, when watching hdr content. It lets your TV product make its way into projectors, now the more vibrant colors with brighter headlights with projectors. For the most part, that’s not the case; most projectors, even those that claim hdr compatibility, don’t have the dynamic range or the ability to create wide colors to make HDR much. So for right now, don’t pay extra for hdr compatibility.

Some higher-end models can do a bit more than others but still not as much as TV’s resolution is just one aspect of a projector’s overall performance. That said, 4k on a 100-inch screen is fantastic.

There are two blanket assumptions you can make about all modern projectors. First, they’re very bright, and second, their contrast ratio stinks.Now there are wide variations within that statement, but it still holds. You can compare contrast ratios across different manufacturers and even among single manufacturers’ projectors.

Let’s start with the listing.

It is the most affordable true 4k projector on the market, true 4k as in, the resolution you would get in, say, a professional movie theater. It’s full digital cinema 4k, and of course, Sony is pretty good at that. They make everything from the lens to the living room; they have the 4k cameras, the mastering monitors, and whatnot.

I mean, they cover the entire line. The picture is way more impressive; there is more resolution, but because this does HDR, the colors pop, and the contrast is a lot better too. It will project anywhere from a 60-inch screen to a 300-inch screen, and if you’re a gamer, the gaming mode on this projector is better than ever, with significantly less lag, you’re pretty much going to be right on target; meanwhile, that huge image makes it an immersive experience.

There are a lot of really forgiving things about it. It does have a motorized powered lens so that when you put it wherever you’re going to put it, and you need to adjust it here horizontally and vertically, it’s all motorized for you. You can do it from your remote control; you don’t have to go up there and manually move the lens.

It’s also got a nice quiet fan built into the front of it; the intake and exhaust don’t sound like much but allow you to place the projector close to the right. There’s a three-year warranty on it, and it’s again the most affordable Sony full digital 4k projector you can get; that’s the VW295ES.

I am not biased. I honestly didn’t find anything worth mentioning. If you do encounter one, let me know also. But I think the good will overpower everything else.

So this is the successor to the p1. The optima p2 has a few differences from the p1, but first, you will notice that it’s white instead of black. I assume they did this to match the competition since everybody else seems to be making white projectors. Hate it or love it pretty much looks like a white p1, and you still have the gray fabric on the front that’s hiding the 40 watts, internal speakers. The power button is now silver instead of copper. You still get the USB and HDMI 1.4 port on the right side, and the rest of your ports are on the back. So the p2 has pretty much the same ports as the p1. You still get two HDMI 2.0 ports, an ethernet port, a stereo output, and a couple of USB ports. Alright, so aside from the color, how does the optima p2 differ from the p1?

The first thing is the price; the p2 costs about $500 less than the p1, which is a pretty big deal, especially considering it has better specs.

What is flawless for me might not be for you founded on your priorities and requirements, but I can express my view and suggestion, right? So let me tell you a bit about it.

So the BenQ 5550 is a pixel-shifting 4k projector with outstanding color precision encircling 100 percent of dc ip3 and supplies an improbable image with both SDR and HDR content. It supports 3d, retains frame interpolation, and holds a much more promising lens in distinction to the less costly BenQ projectors that offer a sharper image with sufficient installation features.

It is remarkably a much at-home movie-watching projector. It utilizes pixel shifting technology to create that 4k ultra HD image, and if you desire that massive screen film venture, then simply from two and a half meters or slightly over eight feet, you can get a 100-inch screen, and if you have got a three-meter distance, you will get 120 inches. There is the capacity to align the screen as well. You can spin it if you like to, so you can have this off on an angle, and it will operate with no issue.

Filmmaker mode presents the view that the director desired you to see. BenQ, as we know, has astonishing color accuracy, and this projector is no different. From the media stick, you have immediate access to android tv and the google play store. You can even access the premium video straight from the remote control, but there is no command to do that with Netflix.

Do Gaming Projectors Have Input Lag