What is CCFL Halo Projector Headlights? 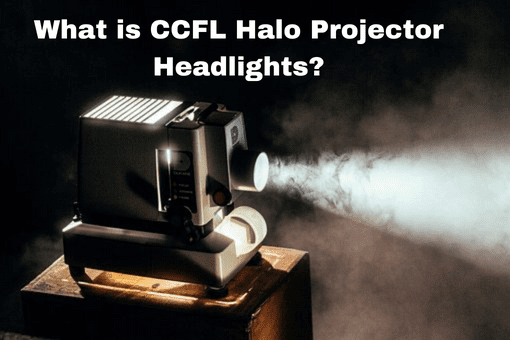 In 2000, BMW promoted halo headlights using CCFL (Cold Cathode Fluorescent Lamp) technology. What is ccfl halo projector headlights? In the beginning, halo headlights were exclusively available on BMW types of cars, but they spread to all makes and models of vehicles with time. After the advent of LED halo headlights in 2005, the situation altered, and vehicle enthusiasts separated into groups: those who supported CCFLs and those who supported LEDs. Which technology is better? Both have advantages and disadvantages, and both are still widely used. Continue reading to compare the two most popular halo headlamp systems, CCFL and LED headlights: What is the distinction?

CCFL headlights have a single continuous bulb arranged in a circle to create an intense light beam. On the other hand, LED is made up of numerous tiny lightbulbs placed closely together to provide the appearance of a single, solid beam of light. The majority of automobiles from the early 2000s contain CCFLs.

They are still present, nonetheless, on certain modern vehicles. It’s essential to remember that installing LED lights on a vehicle manufactured around the year 2000 may be challenging because those vehicles were built exclusively to accommodate CCFL lights and may need additional altering. On the other hand, since the middle of the 2000s, LED lights have predominated in modern vehicles.

The first thing that comes to mind when thinking about a car headlight’s usefulness is safety: how visible does it make your automobile appear, and how well does it illuminate the road ahead? With their ability to emit an incredibly brilliant beam that allows them to be seen at all times, including when the sun is up, LED headlights unquestionably take the lead in this comparison. Contrarily, CCFL can only be used in complete darkness.

Also Check Out: Why is My Sky Lite Projector Making Noise?

Additionally, it has been observed that some CCFL headlights decrease over time due to excessive use, which undoubtedly makes them less safe in some situations. In contrast, LED lights keep the same degree of brightness despite excessive use. LED is, therefore, the most reliable and superior choice from a safety standpoint.

When it comes to replacement, CCFL might have a slight durability advantage. All that has to be replaced when a CCFL bulb burns out is a transformer, which can be bought for a low price. In contrast, LED lights require the replacement of the entire light when only one of the many goes out, which is far more expensive.

Given that the colour of the light it produces can be readily adjusted from the comfort of the driver’s seat, LED headlights are unquestionably the most aesthetically pleasing option for individuals who enjoy personalization. With the aid of Dual Colour LED and ColourSHIFT, LED headlights may be switched from blue to green to red at the touch of a button. Additionally, because LED headlights are composed of numerous smaller lightbulbs, they can alter some of their hues and create a multicoloured beam. This is ideal for those who struggle to choose just one colour! It might be wise to confirm that having various coloured headlights is permitted in your country of residence, as it is forbidden in some jurisdictions.

Also Check Out: How to Mount a Projector Without Drilling

Because CCFLs have been around longer than LEDs, they can be found for less money. On the other side, LED headlights can come at a high price, particularly those with colour-changing capability. Additionally, as was already said, replacing a CCFL transformer is much less expensive than replacing a complete LED headlight. CCFL headlights have the advantage of being more affordable.

Overall, it is evident why CCFL and LED are still in use today because each technology has its distinct advantages. CCFL headlights are more aesthetically beautiful and economically viable, even though LED may be safer, more robust, and more adaptable.

Why is My Projector Green?

Why Does My Projector Keep Cutting Out?