How To Connect PS4 To Projector (3 Ways Explained) 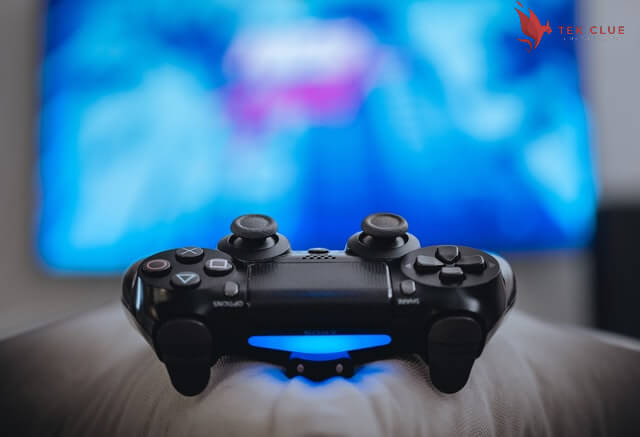 Wondering How To Connect PS4 To Projector? PlayStations are pretty famous among kids and teenagers. It takes the gaming experience to the next level where pc cannot or takes lots of money to do. PlayStation itself is just a device that runs software (game) and needs a monitor to display the game. The higher resolution and bigger screen make the picture better.

If you use a projector rather than a monitor, the screen will be as big as you want it to be. The bigger screen means more enjoyment and more fun.

You May Also Like “Best Projector for Bedroom Ceiling“

If you think of it doing with your PlayStation before but didn’t know how to connect PS4 to projector? Then don’t worry; this article will help you to accomplish it and maximize your joy.

How To Connect PS4 To Projector

There are multiple ways to connect both devices. The steps are simple, easy to understand, and easy to follow. A non-techs person can also follow the steps and connect the PS4 with a projector. Following are some effective ways to connect a PS4 to projector.

What to look for in a PS4 when connecting to a device?

PlayStation 4 has an HDMI port and audio optical port for connectivity. Normally, HDMI ports are used to connect with other devices, including a projector, pc, monitor, etc. But few devices, like few monitors, don’t have speakers, so you have attached separate speakers for audio. The speakers are connected through an audio optical port.

What to look for in a projector when connecting to a device?

Projectors are used by a wide array of people. So, it connects to a variety of devices, including pcs, laptops, computers, PlayStations, and sometimes mobile devices.

In some cases, when there is no HDMI cable available in a projector, then adaptors are used to connect with other devices. Adaptors like VGA-to-HDMI, DVI-to-HDMI, or others are used.

PlayStation can be connected with a projector in a simple and straightway. HDMI or MHL is the best and simple way to do it. HDMI cable is available in almost every house where computer devices are used.

Normally, projectors have an HDMI cable that is 1 meter long. That is used for all connections. However, in some cases, when your projector is mount to the ceiling. Only a 1-meter long cable is not enough for connectivity. Therefore, an HDMI cable of about 10 meters or 15 meters long is used.

To connect both devices, you need to follow few steps. A step-by-step method to connect a PS4 console with a projector is given below.

In some cases, we cannot connect two devices through wire due to the accommodation of two devices next to each other or any other reason. Then wireless connection came into place.

It is a relatively lengthy but easy-to-follow process and uses two devices transmitter and receiver. A transmitter is used to send signals, and the receiver is there to receive those signals. You can use your devices anywhere within the range of 30 feet.

Connect your devices by following the simple process and enjoy the gaming experience.

In small projectors, there is no port available for HDMI or MHL cable in some cases. They have other alternatives for connection, such as VGA cable or DVI cable.

To connect with your device, you can use the adaptor. The adaptor is a device that acts as a bridge of connectivity for two or more modes of connection, in this case, VGA cable and HDMI cable. Use VGA-to-HDMI adaptor for connection. One side of the adaptor goes to the VGA port, and the other side goes to the HDMI port of the PS4 console.

By following the below-mentioned steps, you can connect your console with a projector.

It May Also Interest You “Best 1080p Projector Reviews“

1. Which method is mostly used?

HDMI cable is mostly used to connect a PS4 to Projector.

2. How do connect both devices when they have long-distance?

You can use a long HDMI cable of about 10-15 meters long, or you can use the wireless method.

3. By which means your connection will be faster?

By using an HDMI cable and VGA cable, your connection is faster than using the wireless method.

4. Which connecting method is better?

All the connecting methods are better. They are used at different points. If there is no HDMI port available, you can use a VGA adaptor.

Yes, all the methods are easy to follow, and a non-techs guy can easily follow the steps and connect a PS4 to projector.

In this article, you get the idea of what ports to look for when connecting a PlayStation and a projector? Which method(s) to use,  and How each method works?

Connecting a PlayStation with a projector increases the joy and excitement of gaming. But it only happens when doing it the correct way.

There are three ways to connect both devices, i.e. through HDMI cable, VGA cable, and wirelessly. Few methods are relatively lengthy, but all the steps are easy to follow.