Why Mirrorless Cameras are Taking Over? 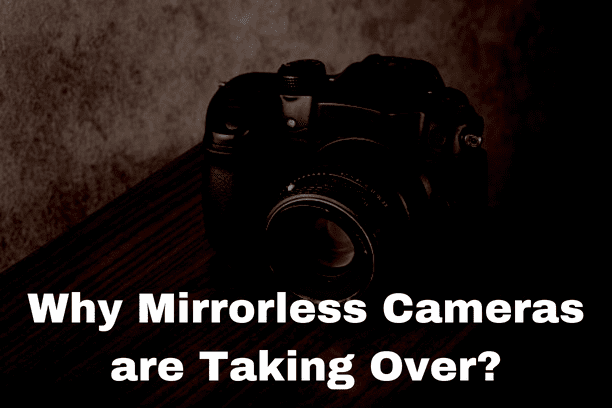 We must delve into history to understand the factors contributing to Sony’s mirrorless camera dominating other companies. Sony introduced the Sony Alpha Nex-3 and Nex-5, its first mirrorless cameras, back in 2010. However, the camera’s drawbacks, like the absence of a viewfinder, touchscreen, stabilization, and more, prevented it from garnering significant attention.

Also Check Out: How Does a DSLR Camera Work?

Then, after spending a considerable amount of effort determining the causes of failure, Sony developed the alpha 5000 in 2014. This camera made up for all the shortcomings noted in the prior edition and quickly gained popularity. Later, Sony released the A7 and A7R, the first mirrorless cameras that include autofocus. Real-time capturing, however, was still a major problem for the mirrorless business.

Sony has a very long history in the sensor industry. It has all the necessary resources, including research facilities, to produce top-of-the-line camera sensors and innovate in this area. Sony has impacted the mirrorless market with its technological prowess and successful positioning as the world’s top CMOS sensor producer. Because of this, several well-known companies like Canon and Nikon, which compete directly with Sony in the mirrorless camera industry, rely on Sony as a dependable source of premium CMOS sensors.

The ability to predict the next great thing is the most crucial factor to consider to dominate the industry. For instance, Sony has restricted its focus to the mirrorless camera markets because it anticipates significant future growth in the mirrorless industry. On the other hand, Nikon and Canon fall behind Sony in the race since they do not concentrate on a specialized niche.

In terms of quality, Sony has consistently provided its customers with top-tier mirrorless cameras. Contrarily, other rivals could not live up to consumer expectations because they needed more innovation and features. For instance, in 2019, Canon introduced the EOS RP, a full-frame mirrorless camera with a few features. Customers were not pleased, for instance, with the video crop factor and the need for in-body picture stabilization.

Also Check Out: Is a Mirrorless Camera Worth it?

From the start, Sony has put more money into the mirrorless camera market. They concentrated on creating lenses that would work best with their mirrorless cameras. The other big players, like Canon and Nikon, were more interested in the DSLR business, so they had to concentrate on producing both DSLR and Mirrorless Lenses, which left Sony with fewer native lenses. As a result, they could not effectively counteract Sony’s expansion in the mirrorless lens market. Along with the a7, Sony introduced the full-frame FE series in 2013. Additionally, it developed years of experience producing APSC E mount lenses.

That was it from our end, then. With its competitive advantages, Sony currently dominates the market for mirrorless cameras. Despite entering the market later than its competitors, Nikon is now more focused. Additionally, Canon is making attempts to reclaim its place in the market. They are closing the gap with Sony by introducing two new mirrorless cameras in 2020, and there will be more, including the R1 and R3. Will Canon be able to overtake Sony and overtake the market’s top spot? How do you feel? Comment below and let us know.

Do Professionals Use DSLR or Mirrorless?

Why Are People switching from DSLR to Mirrorless?