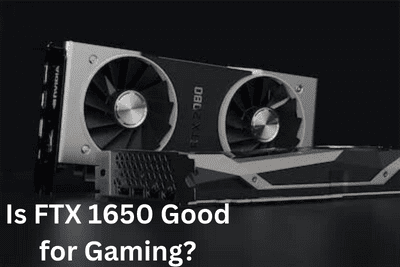 We are just about a year into the whole GPU shortage thing, and it’s been pretty terrible. For the most part, nothing has improved, supply is still super low, while prices have remained high. As a result, many people have resorted to buying last-gen low-end hardware to still try and stay in their pricing bracket, while getting way less performance than they probably should, so in today’s article, we are going to be talking about the Nvidia GTX 1650 super, its position in the market now and in the past.

First I want to talk about the card’s history, the GTX 1650 super was launched in November 2019 and it launched for an MSRP of 160$ USD. Both the 1650 and the 1650 super were cards that, for a lack of a better word, sucked. Then cards like the RX 570 were going for close to 120$ new and were destroying the 1650 and 1650 super alike when it came to value.
For the most part, the tech press just kind of was like ya it’s kind of cool, but don’t buy it, and then the card faded into obscurity. Then came 2020 rolling around the corner saying screw you to the hardware market, and now the GTX 1650, 1650 super, and 1650 TI make up about 8% of the GPUs in the Steam hardware survey. For something that was pretty unanimously considered a bad product,

how is this GPU taking up so much of the gaming hardware space?

One of the main reasons that these cards have gotten to such a high percentage of market share is just their price and their ease to make.

One of the cheapest gaming GPU’S you can buy

The 1650 series from Nvidia is their lowest-end offering from a two-year-old architecture, so in short, the yields of this card are going to be very high which in turn is going to make the cost of production even lower. Even though the card is retailing for close to double its MSRP it is still technically one of the cheapest gaming GPUs you can buy.

Nvidia is going to be more than happy to sell it to you because they are making a killing off it, and people are willing to buy the card because in most cases it is the only thing they can get their hands on.
So what are my thoughts on the card? In short, I’ll say it’s fine, but to get a more nuanced summary we are going to take a look at the card’s performance. The 1650 super that I tested with, usually gave me about 60 FPS on high settings at 1080p.

Just know that games like apex and warzone aren’t going to be played at 120FPS. You are going to have to optimize your settings when it comes to those resource-heavy games. And that is kind of the problem with this card, games that are very resource heavy like COD are going to hit this card hard.

It only has 4GB of VRAM to work with, and it pretty much hits its limit in most games that I have played on it.

Buy it in a prebuilt machine.

Okay so now that we got that out of the way, NOW let’s talk about my thoughts on the card. As of right now, I think the card is fine, but only if you buy it in a prebuilt machine.

With this card going for 300$ on the used market the only time you are going to get this card for an acceptable rate is going to be in a gaming PC that is in the 700-900 dollar price range. 300$ is an insane price to ask for a card like this.

There is pretty much no future-proofing with this card because the 3050 families of cards should come out here in a couple of months, and again it’s just an old card.

It’s not the worst decision you can make but not the best one either.

The card itself, in this day of age, is starting to hit its limit. Again 4GB of VRAM might have been fine a few years ago, but as newer games start to come out, VRAM is being used more and more. If I were you I would buy the 1060 6GB card over this guy because, in all honesty, the GPU itself is going to have close to the same performance, but it’s going to have that extra VRAM capacity to help itself later down the line. I think the card is fine for right now. In a market as bad as this one is, it’s not going to be the worst decision you can make, it just comes down to what you want out of your GPU.

Are you want to play new titles at 1080 60FPS for the next 4 years then don’t even consider this card. Are you just want to play those older or more optimized games and you know you aren’t going to play much else, then I would say go for it.

You won’t get great resale value out of it.

It should also be fine for people who just want to play games at whatever settings until they can get a GPU for a somewhat decent price. But understand you’re not going to get great resale value out of it but it should be great for most people in the short term.

It’s a crappy product in many ways.

In a crappy market, crappy products sell, and I think that is what we are kind of seeing from this card. It’s a card with pretty much no life left, it is already showing its age, and to add insult to injury, older cards than the GTX 1650 super are selling for less and giving way better performance.

So my recommendation stands, the only people who should buy this card are if it is in a prebuilt PC, you absolutely need a GPU right now and can only spend 300$, the card is in a prebuilt system you are looking to buy, or if you can find the card for 200$ or less.
Other than those scenarios you are going to regret your decision here in a couple of months when new and better products make their way to the market.
So that’s going to be all I have to say for today’s article.