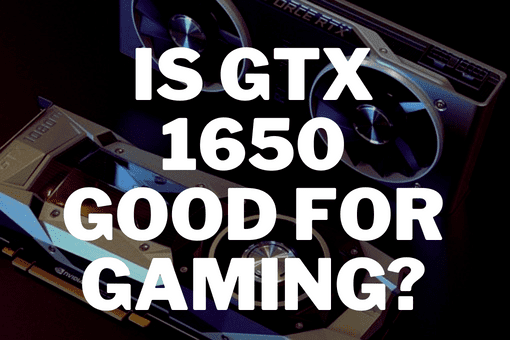 Most people ask whether one is good without knowing what they are comparing it to; it is like asking if I like cats better when I don’t know anything about dogs ( you know what I mean? ). So before getting to your main question, I think it is mandatory to differentiate between GTX and RTX.

RTX and GTX are not abbreviations but branding indications as to what kind of performance a GPU can offer. All of the latest 20 series and 16 series GPUs come with an RTX and a gtx designation. Their Nvidia turning GPU architecture powers both; the GeForce RTX 20 series and the gtx 16 series cards and brings exceptional performance efficiency as well as the next-generation shading technology to the latest games.

GTX GPUs are indeed weaker but more of a budget option than RTX GPUs, but that is by design.

I think for like a hundred and twenty bucks or lower, it is a pretty nice deal because you can play pretty much everything out there. I will be at low settings sometimes, but it runs the games at 1080p, and it is an enjoyable experience even in like warzone, for example, but the problem is that it is being sold for like 150 euros to 200 euros, and for those prices, I don’t think 1650 is worth it.

The price could be a problem

I think there are better deals out there. Even new GPUs like the RX 6500 xt, which is faster than the 1650. I have seen those brand new for around 190 180 euros, so what is the point of buying a three-year-old used GPU that’s slower when you can buy something brand new? That is a little bit faster, you know like there is just no point, but I think the market is about to change.

Prices are starting to drop.

Prices are finally starting to drop, and if you can find one of these for 120 bucks, I think it is a good deal; you might be able to find those in local deals. Just search around your area and see what you can find. I think 1650 still has a little bit of life left in it.

The 1650 super, though, is a fantastic card if all you want to do is game you’re not too worried about settings, you are playing at 1080p, and you are aiming for around about 60fps. I think that is enough info for you to decide if the GTX 1650 will suit your gaming needs.