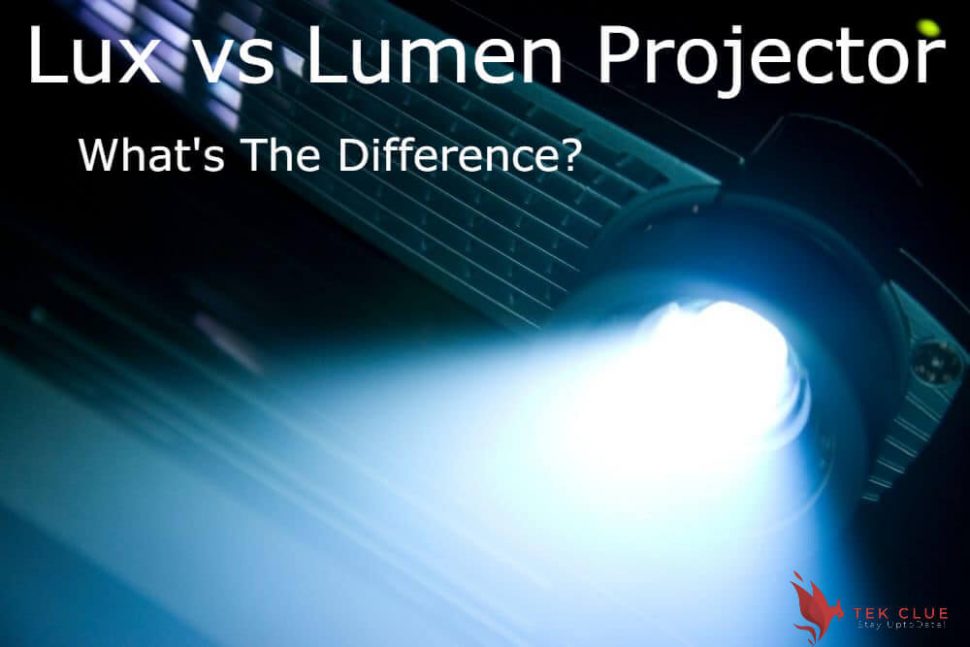 Projectors are becoming more and more popular, with the increased need for HD or 4K resolutions. But just because a projector has high resolution doesn’t mean it’s of good quality! To truly understand what is best for you, there needs to be an understanding of product specifications like Lux vs Lumens Projector on your end too. This includes knowing about features like brightness levels, showing how much light can shine through the lens from one side. These qualities will make up some aspects of picture quality that differ between projectors, so read this post before deciding.

With consumers becoming more and more sophisticated, there is the need for a deeper understanding of product specifications. It is true, especially when it comes to consumer electronics, including projectors. Knowing what these terms mean is crucial given that endless variations in quality features and prices exist with this type of product.

When it comes to a home theatre, brightness is one of the most important factors. Understanding different light units will help you make an informed decision about which type of brightness you want in your new projection screen. You can compare Lux vs. lumens projectors and learn the difference between brightness levels for your projector. This article will explore what units are used for measurement and how they compare in actual terms.

How to measure light output in a projector?

There are several units to measure light when it comes to projectors. They include Lux, lumens, foot-lamberts, nits, and ANSI lumens.

Let’s go further to the explanations of Lux and lumen.

Lux measures the total amount of light that falls on a surface. It tells us about illumination on all sides–how well lit something was overall with no consideration given to where we might stand relative to it.

One Lux is equal to one lumen per square meter, and the lux figure is the measure of how much visible light you’re getting. Depending upon the ambient light, you can figure out the brightness because it also tells you the illumination intensity on the screen.

The Lux is not just a common term used to define the brightness level; it tells you correctly how the user will perceive much brightness. But this measurement may not always be accurate, and that’s why only a few manufacturers use the Lux system today for defining their projectors’ brightness levels.

Lumen is the SI unit of luminous flux or visible light emitted by a source such as an incandescent lamp or LED indicator. Lumen is a standard term that quantifies the number of lights visible to your eye when you switch on an electronic projector and project any content onto its screen. The measure includes all light produced by this device, making for more vivid images as lumens account for every single one of these photons, which can then be used to create high-quality pictures.

However, some factors affect the lumens of a projector. The projector’s lumens may not always be accurate because it only tells you the amount of brightness that the light source can produce. It does not adequately tell you the actual intensity of light you’ll get when an image is shown.

Lux and Lumens are two photometric units that measure how bright a light source appears in different contexts. The core difference between lumens and Lux is:

Check Out Our “Best Projectors for Sports – Best 4k Projector 2022“

Which Is Better: Lux or Lumens?

When comparing Lux vs Lumens projector, The Lux unlike the lumens is a measure of light in terms of area. In projectors, you’ll find it represented as lumen per square meter.

Lux estimates how much an incident light illuminates a surface, giving a measure of how the eyes recognize light intensity. The spread of light, or specifically, the area’s effect on luminous flux, is considered. Lumen measures how much light a light source emits and takes the sensitivity of your eye into account.

Now that you understand what these two terms mean, it will become clear that they represent different qualities. The number of lumens remains constant on most projectors while lux changes with distance from the screen when farther away.

Lux depends on the size of the screen and the number of lumens. It would be best if you focused on Lumens before buying a projector. When you come to know the number of Lumens, assuming you know what size screen you want to use. It’ll be easier for you to compare the relative brightness of different projectors. You’ll then select that projector that suits your needs and preferences.

Without a sufficient lux level, it would be not easy to read or take fascinating photographs. Common lux levels are listed below:

Lux considers how much light falls on a particular surface and can result from multiple light bulbs and even daylight mixed in.

Whereas lumens is essential for knowing how much light a single light source emits. This helps compare the total amount of light a bulb emits, however depending on its space size and light distribution, whether it’s “enough” for space or task cannot necessarily be determined.

Hopefully, you understand the difference between these two terms; you know that comparing Lux vs lumens projectors is not exactly right. Lux and lumens are two different measurements for light, so a comparison of them is useless. They relate to each other, but only in that they both measure the brightness produced by a light source. When opting for a projector, it’s the lumens that really make a difference in brightness.