How to Use iPad as Second Screen Windows? 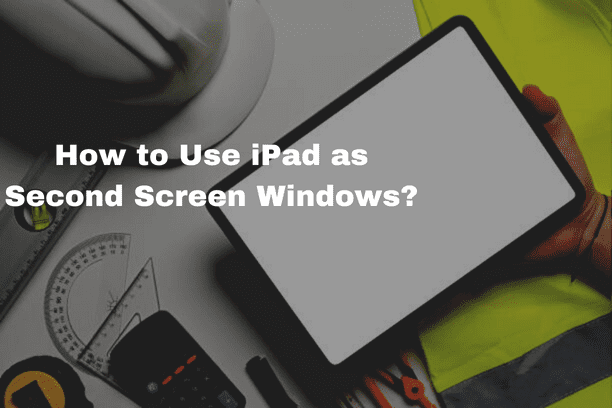 This one is for anyone who owns an iPad and was thinking about getting a second portable monitor to help them be a bit more productive when using their computer. Now instead of going out and buying that second monitor if you own an iPad at least, you could just use that; it is pretty easy to do and it will work on Macs and PCs.

What to do with a newer Mac?

So first let’s start with what you do if you have a newer Mac. Now you need to make sure that you are logged in to the same iCloud account on the Mac and the iPad. Then you are gonna make sure that Wi-Fi and Bluetooth are both turned on on both devices and that they are both connected to the same Wi-Fi network. On the Mac, you need to go to settings and check on allow handoff. Then on the iPad, go to settings general airplay and hand off and turn on handoff there as well.

Next on the Mac click on the airplay icon at the top and select the iPad from the list to connect to it after that, you should be able to just drag and drop to it as a separate monitor. It is that easy and you can also click on the airplay icon to change settings like whether you want a mirror the display or extended show or hide the sidebar touch bar on the iPad etc.

What if you have a PC?

Another thing is that this method only works if you have a newer Mac and a newer iPad and you should try to make this work first.

If it does not though or if you happen to have a PC and you want to get that to work then you can use a program called duet display to get it to work instead. So firstly the duet display does cost 10 dollars but it is a one-time payment for the iPad app and that is that.

You can add optional features for a subscription cost if you want. There is however a free option called Splashtop wired x and display and it will work in the same way as with duet. You download the Splashtop app for your computer and iPad instead of the duet one and just follow the instructions to set that up.

Honestly, though the duet just works so much smoother and in my mind is well worth the $10 so that is what I would suggest. So first download the desktop app from the duets displays site then install it and open it. Now once opened find the duet display in the app store on the iPad and install and open that as well. Next, plug the iPad in via a USB cable to the computer and it should automatically recognize it as a display and you will just start to see your desktop on the iPad.

Recommended Article: How to Fix the External Display not Working on Windows 11?

Adjustments from the settings panel

Now you can adjust the resolution, frame rate, and energy efficiency from the settings panel on the desktop duet display app. I would recommend leaving it at 60 frames per second, high power, and whatever resolution you kind of want. If you are on a PC, you can click on the Start menu and go to settings system display to adjust where the iPad screen is concerning your original screen by dragging it around and clicking apply. You can also change whether the iPad display is a duplicate of the original or a more useful usually extension of the original display.

As I mentioned this is one of those extra optional features that does cost twenty dollars a year at least at the time of making this video.

That is all you need to know to use an iPad as second screen windows.

How to Connect Projector to Laptop Windows 11 With HDMI?

Chromebook VS Windows for Students

How To Install Windows 10 On Chromebook Without Usb ?