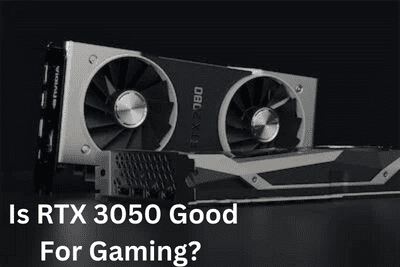 A worthwhile addition; is it or is it not?

Time to talk about the little guy; the RTX 3050 for gaming. This one is an interesting addition to their lineup. It slots into a price point that has not been occupied since back in 2019. I am talking about the 16 series of GPUs so what are you getting here and is the premium over the RX 6500 worth it?

Also Check Out: Is GTX 1650 Good For Programming?

The obvious yet not so obvious specs for some people

Well, you get a pretty cut-down ampere ga106 core and unlike the 6500xt which has a measly four gigabytes of memory, you get eight gigabytes of gddr6 on a 128-bit memory. It has all of Nvidia’s encoding and decoding capabilities along with the full 16 PCIe lanes so no bottlenecking won’t be a problem on an older system. Honestly, anyone will probably hate that they even have to specify that it has these features that were a given last generation.

Comparatively, is it more efficient in some way?

Let’s get into efficiency and we see the ampere architecture at work; here it has a rated board power of around 130 watts which is higher than the previous generation of 50 class GPUs like the gtx 1050 or gtx 1650 but it is nothing to be worried about.

The only negative aspect to consider

The only hiccup, according to what I read, is that since it is over 75 watts we will not see an option without external power connectors as we had with the previous 50 class GPUs. These were great for pre-built upgrades; you just did not need a six or eight-pin power connector.

Moving on we have availability and I know we have gone through this before but I think that over the long run at least this one has the best chance of being available to buy versus the rest of the 3000 series.

So upgrading from 1650 will give you an epic frame rate increase but there is a higher entry price too. All in all, though, it is good to see that the performance of this card holds up pretty well if you ever decide to upgrade from 1080p to a 1440p display.

How Do I Improve Gaming On Keyboard?